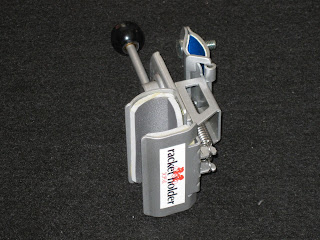 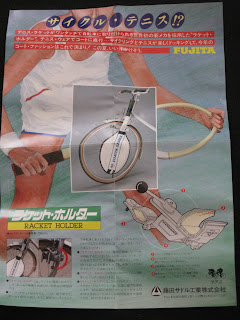 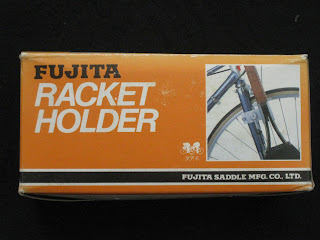 I was recently in Madison, Wisconsin, and I had the opportunity to visit in person a bike shop that has been useful to me in the past.  Yellow Jersey has been around since 1971, and they are the kind of shop that has that special obscure thing you didn't know you've been looking for.  They are conveniently located in the 400 block of State Street, the hotspot of 'Mad City.'  What they helped me with in the past was to understand better how my Suntour Winner Pro freewheels work.  With a useful Suntour brochure from Yellow Jersey, I was able to remove and redo my cogs to get a better set up for my style of riding.

I was hoping to find something more specific to vintage Fuji while I was there, but I didn't.  1971 was in fact the year that Fuji began importing their bikes into the U.S. market (I think).  But I don't know if  Yellow Jersey was a Fuji dealer or not.

I walked into the shop slowly, and began perusing from the front corner.  I went through at least twice to be sure that I didn't miss something tucked away in a corner (although I probably did).  That is how I found the Fujita Racket Holder.  It was behind the checkout desk tucked back by the wall among lighting gear.  I didn't know something like this existed.  I probably won't be using it for my tennis racket very often, but I look forward to finding other items with which to utilize it.  One friend suggested using it for my rocket launcher!  I guess this would be called the Fujita 'Rocket' Holder then.  Well, I don't own a rocket launcher, but maybe I will soon.  It has run through your mind now too, right?  James Bond?  Riding his custom Fuji Bicycle with a custom rocket launcher.  Where would the button be to launch it?  On the handlebars?  Maybe it would be voice activated.  Mr. Bond would just have to casually say, "Fuji Away" or something profound like that, and the bad guy wouldn't know what hit him.

The picture above of the bicycle sporting the racket holder is in fact a Fuji.  It is a mixtie frame, a S-12-S it looks like.
Posted by Matteo at 2:58 PM No comments: